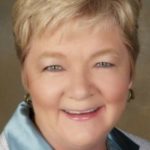 Ever since my consciousness was squeezed to a very small size during my childhood, I've been seeking to Expand My Consciousness, develop Personal Empowerment, understand and develop systems regarding emotions and Personal Development, and teach what I've learned to others. Personally, I've lived through a lifetime of fear, fear of being rejected, worry, intense and lasting anger, being a Victim, etc. I've been driven to resolve these issues, then grateful that I've learned and changed so much. I'm now dedicated to passing what I've learned on to others, which I've been doing through writing, speaking, workshop leadership, webinars, online teaching, radio broadcasting and being a Counselor/Coach. Following is who I've become.

A person of service. One with a lot to learn, personally. A truth-teller. A Recovered Angry Person. A Master of Emotions. A woman ahead of her time, working to teach others the power of human emotions and a system for working with them that vastly improves the quality of life.

A longtime Marriage and Family Therapist and Psychotherapist. A healer of hearts. Life Coach. A Transpersonal Therapist and Teacher. Creator/host of Full Power Living, internet radio program focused on emotions and spirituality--2004 to 2017.

An author--20 books/workbooks and CDs, along with my first full-length book: Emotions in Motion: Mastering Life's Built-in Navigation System (December, 2019). Book in progress: I Didn't Come Here to Have Friends. Articles in numerous national and international publications. Blogger, primarily on Your Tango and The Wellness Universe.

A Professional International Speaker who became a member of the National Speakers Association in 1984. Past San Francisco Chapter Board Member. Television and radio guest.

The widow of neurosurgeon Dr. Robert Fink, who was kind enough to bring me into his operating room and allow me to watch him do four brain surgeries! The most powerful thing was to realize that once he cut through a person's skin, everybody is the same color! I'm the birth mother of two, adoptive mother of one, step mother to three more. I lived 20 years as a Single Parent, creating a system for Parenting Consciously that I've taught around the world. Grandmother of 5, including two four-year scholarship winners as National Merit Scholars.

I've lived in interesting places in my life. Germany, France and on my grandparent's South Georgia farm, all when I was a child. I picked 90 pounds of cotton in one day when I was 11 years old, helped "put in tobacco," and can can any vegetable or fruit, including making magnificent jam and apple butter. A year on San Francisco's Presidio, just at the end of the Golden Gate Bridge, five years on a Seattle houseboat, 50 years in California (including 28 in Marin County, just above San Francisco), and now full-time RVer since May of 2017.

Traveling solo in the US and Canada, accompanied by my little 8 pound Maltipoo dog, Pi. Totally following my heart. Don't have the good sense to retire. I keep working, because I love what I do. Getting to know this country. Some RVers I meet are doing really well and are happily retired. Others are RVing because it's a reasonably-priced thing to do.

A Badass. A new term applied to me by RVing friends who discovered I really do live "fear-less-ly."

When I started living in my RV full-time, I was 74 years old. Drawing on baseball, I determined that the last part of my life could be seen as similar to being on third base, ready to run in to home base. There are two ways I can run home:  sliding on my stomach, or standing up. I've decided to go in standing up!